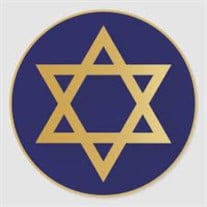 Born in Bridgeport, Connecticut in 1924 to Judge Joseph and Helen Shapiro, Elaine Martha Shapiro was a force of nature who blessed this Earth for nearly a century. Her parents inspired in her discipline, a love of culture, Jewish and American values and a free spirit. Active and athletic as a youth, from the age of 5, Elaine practiced the piano early each morning, often while conversing with others or reading a book, until playing the piano became second nature to her. This dedication took her to the Juilliard School of music and helped make her the life of every party. After marrying a fellow musician, Elaine became the proud mother of Lee David Silver, whose dynamic presence, charisma and insights as a therapist had the power to transform lives. When Lee was very young, Elaine realized that her husband valued his musical career more than his son. Thus, the marriage ended and Elaine sought the perfect father for Lee. She found such a man in Rabbi Samuel Silver, who unlike her other suitors who wanted Lee out of the way, insisted that Lee join them on their first date to Lee’s favorite place, the zoo. Elaine and Sam provided Lee with four brothers, Josh, Barry, Noah, and Dan, who were raised by dynamic parents who made every day an adventure, each moment a pleasure and viewed life as an opportunity to try our best in all endeavors, especially tikkun olam, i.e. the improvement of the world. Elaine used her expertise as a musical accompanist to provide harmony and support as the musical director, choir leader and life partner to Rabbi Sam. Together, they led Temple Sinai in Stamford Connecticut for 18 years, then led Temple Sinai in Delray Beach, Florida for another 18 years, then founded Congregation L’Dor Va-Dor 25 years ago with their son Rabbi Barry Silver. Over 50 years ago, Elaine and Sam joined with the visionary Judith Hollister, who collaborated with Eleanor Roosevelt and other dignitaries to establish the Temple of Understanding, with the goal of achieving peace in the world by using religion to build bridges of understanding and to knock down walls of separation. Along with other diverse spiritual leaders, Rabbi Sam became the founding Rabbi for the Temple, and helped this utopian dream become a reality, gaining NGO status in the United Nations. Elaine influenced Rabbi Sam to become one of the first Rabbis in the country to officiate at interfaith weddings. Elaine provided the music and site for the ceremony by opening her home and her heart to interfaith couples who were often shunned by others. Sharing “Jew”bilant Judaism and rational religion with people of all faiths and backgrounds, Elaine and Sam gained widespread fans and admirers. A life master in bridge and an athlete, Elaine encouraged her children to pursue independent thinking as well as intellectual and athletic pursuits. With her children, Elaine won mixed doubles tournaments and served as their basketball coach and practice partner to help them prepare for team tryouts. Affectionately known to her children’s friends as “Mom sliv” (short for Silver), Elaine was the perfect hostess, welcoming children who came from far and wide to enjoy the trampoline, basketball court, tetherball, large hill for sleigh riding, loving companion animals, sports, fun and laughter at the Silver home in Stamford, where dinner was always postponed until the kids had finished playing. Elaine hosted many parties and Passover Seders each year, inviting Jews and non-Jews alike to celebrate freedom as Jews and Americans. Each year, guests would be amazed as she cooked and served dinner, played Passover songs on the piano, served as the foil to Sam’s one-liners, and then took time out to recite “Who knows 13?” while standing on her head. Elaine and Sam turned the religious world on its head, breaking down barriers while celebrating our heritage with joy and innovation. When asked how she was doing, Elaine would typically respond, “Terrific, but I’ll get better.” Elaine practiced piano into her 90’s explaining that as long as she was learning new things, she would never grow old. When Elaine’s vibrant son Lee died unexpectedly at the age of 56, she told a reporter who profiled her life, “I keep a picture of Lee on my piano and look at it not with sadness that he is no longer with us, but with joy that I got to enjoy him for so long. People ask how I can think this way, but my motto is ‘If you can’t change the facts, then change your attitude about them.’” Elaine was predeceased by her husband Sam, and her two siblings Carol Ruth Shepherd and Howard Scott. For 97 years, Elaine’s “Silver” lining graced this world. She leaves behind wonderful memories, a grateful Congregation L’Dor Va-Dor, adoring children Josh, Barry, Noah, Dan and their spouses, 14 grandchildren, 9 great grandchildren, nieces and nephews, who affectionately call her “Bubbagram” and a community of admirers. Donations in her memory may be made to the Temple of Understanding, Palm Beach County Chapter, (18624 Cape Sable Drive, Boca Raton, Fl. 33498), and will be used to establish the first interfaith sanctuary ever to be shared by the religions of the world, devoted to peace, love, reason and the protection of our precious planet, the legacy of Elaine and Rabbi Sam. A celebration of Elaine’s life will be held Sunday May 1 at 10:00 at Beth Israel Chapel on 11115 S Jog Rd in Boynton Beach, to be followed at 1:00 by joyous music, food and inspirational reflections about Elaine at Temple Sinai at 2475 W. Atlantic Ave. Delray Beach. All are welcome to join us for these celebrations in person or by zoom link via ldorvador.org.

Born in Bridgeport, Connecticut in 1924 to Judge Joseph and Helen Shapiro, Elaine Martha Shapiro was a force of nature who blessed this Earth for nearly a century. Her parents inspired in her discipline, a love of culture, Jewish and American... View Obituary & Service Information

The family of Elaine Silver created this Life Tributes page to make it easy to share your memories.

Born in Bridgeport, Connecticut in 1924 to Judge Joseph and Helen...

Send flowers to the Silver family.