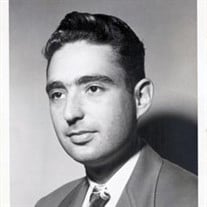 Harry Steinman (November 4, 1926 – August 4, 2021) was born in the Bronx, New York, to Bernard Steinman and Ray Greenberg who had immigrated from Poland and Russia respectively. They were poor, but a close-knit supportive extended family. As a small child Harry lived through the difficulties of the Great Depression. At 8 years old he started working summers at his aunt's furniture and gift store in the Bronx. His experiences made him strong and self-reliant. When it came time for college, he had two scholarships. Cornell University & University of Pennsylvania. He ended up starting at the University of Pennsylvania but soon after moved to the United States Merchant Marine Academy (Kings Point, in Great Neck Long Island, NY) which had called him in. He was 17-1/2. His father had to sign to allow him to go as he was under 18. He was the first Jewish person to attend this prestigious US Military Academy. He was sent to California for basic training and assigned to a ship in the Pacific. He had a choice between a tanker or a supply ship that carried bombs, bullets, & Coca-Cola. He decided he rather blow up than burn to death. He had just turned 18. One of his fondest memories from the war was helping to find the brother of one of the ships officers in middle of Pacific ocean during the chaos of war. Harry liked helping family and friends and being the guy who solves the difficult problems. After World War II ended, he returned home to New York. He worked hard and was able to woo a beautiful young lady, Judith (Judy). They were married in 1953 and were together for nearly 68 years. Harry and Judy moved to the greater Washington, DC area in 1956. Later, Harry and Judy, along with their two young sons, Richard and Robert, moved to Miami in 1964. Harry and his family have been in South Florida ever since. Harry loved working and worked with his son Robert for 33 years until he was 90. He would be the first to arrive in the office; it gave him a sense of purpose and meaning and would also make the office coffee to start the day. He bought some land in the country, the R&R ranch that he always wanted. He enjoyed sitting on the large porch looking out over the land and his cows. He achieved his boyhood dream, and he always proudly wore his cowboy hat. Harry never developed a taste for expensive things, he was always happy having just enough. Harry enjoyed his life, he accomplished what he set out to do, he provided for his family and always tried to do the right thing. Harry was a good man and will be very sorely missed. He is survived by his wife of nearly 68 years, Judy, his sons Richard and Robert, daughter-in-law's Mela and Viorica; his grandchildren Rachel (Raye), Eric, Sarah, Bryan, Eleni, Cami, and Coradu; his brother Ben, brother-in-law Jim, and sister-in-law's Barbara (Bobby), Linda, Berta and Gayle. Memorial services will be held at Beth Israel Chapel, Boynton Beach, 1115 Jog Road, Boynton Beach, FL 33437. To share a memory or send condolences to his family, Shiva will be held, Monday, Tuesday and Wednesday from 5 to 7 PM, at Harry and Judy's family home in Delray Beach.

Harry Steinman (November 4, 1926 &#8211; August 4, 2021) was born in the Bronx, New York, to Bernard Steinman and Ray Greenberg who had immigrated from Poland and Russia respectively. They were poor, but a close-knit supportive extended family.... View Obituary & Service Information

The family of Harry Steinman created this Life Tributes page to make it easy to share your memories.