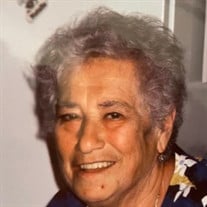 Ida Naumovna Vaslavsky was born in Odessa, Ukraine on December 21, 1927. She was the second child and the oldest daughter of Lubov Gurshpan and Nachum Deresh, a fur maker. Her father was murdered by Bolsheviks when she was very young. When WWII began, Ida was only 14 years old. In 1942, her family was forced to evacuate from Ukraine to escape the Nazis, first to a collective farm in Chechnya, and then, as the Nazis advanced, to Uzbekistan. While hiding from the Nazis, the food was very scarce, and the family experienced illness, hunger and poverty. During her time in Uzbekistan, Ida worked as an accounting clerk at the local bakery, and put her life at risk to smuggle bread for her mother and younger siblings. She carried food in the ripped lining of her winter coat pass security. Ida also watched over her younger siblings while her mother worked. The family returned to Odessa after the war, and Ida married her husband Phillip Vaslavsky, who lost his wife to cholera during the war. Together, they had daughter Natalie in 1948. Ida worked first as a cashier and then as an accountant at the local county health department. Despite persecution by the communist regime, she advanced to a post of chief accountant in the health department. She was loved and respected by all who crossed paths with her. Ida was known for her uncompromising honesty, sharp intellect and kindness. She was also a wonderful cook and homemaker. In their Soviet apartment, Ida could easily host and feed 20-30 people for birthdays and holidays. She continued to maintain her Jewish identity despite fear of persecution. Ida became a widow in the early 1990s. At that time, during political and civil unrests in Ukraine, Ida decided to leave her home town and to reunite with her daughter ad grand-daughter in the USA. She arrived in Baltimore, Maryland in 1993 and continued to support herself and help her family by working as a domestic worker well into her 70s. Ida will be greatly missed by her daughter Natalie, her grand-daughter Renata Graef (Lorin) and her great grand-children Jonathan and Preston. She also leaves behind her step son Victor Vaslavsky in California, her younger sister Raisa and nieces Polina and Elena in Germany, niece Zhanna in Israel, nephew Gennadiy in Odessa, Ukraine, and many friends all over the world.

Ida Naumovna Vaslavsky was born in Odessa, Ukraine on December 21, 1927. She was the second child and the oldest daughter of Lubov Gurshpan and Nachum Deresh, a fur maker. Her father was murdered by Bolsheviks when she was very young. When WWII... View Obituary & Service Information

The family of Ida Vaslavsky created this Life Tributes page to make it easy to share your memories.

Ida Naumovna Vaslavsky was born in Odessa, Ukraine on December...