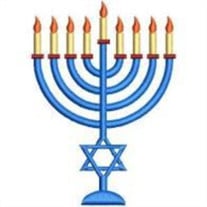 Jack I. Bornstein January 22, 1921-June 3, 2022 Jacob (Jack) Isaiah Bornstein was born January 22, 1921 in Brooklyn, New York, the eldest child of Nathan Bornstein and Bertha Fuchs Bornstein. He grew up in a brownstone on Lafayette Avenue with his siblings Murray z”l, Leonard, Yvette (Rhoda) z”l and Edward. A 1939 graduate of Boys High, he went to Brooklyn College. Drafted in his senior year he was part of the Officers Training Program and studied at Boston University. He was sent to Europe in July, 1944 and was part of the 78th Infantry where he served with distinction. He was wounded in the Battle of the Bulge. After his recovery in Great Britain, he went back to the Continent and was witness to the liberation of the Nordhausen Camp. He went on to Berlin where he was part of the occupying force. His awards included the Purple Heart and the Legion of Honor from the French government. In 1946 he returned to the United States and attended Brooklyn Law School. He married Charlotte Goodman z”l in 1950, and set up his legal office in Williamsburg. With Charlotte he had three children; Marc z”l, Seth and Edria. In 1959 the family moved to Wantagh, New York on the south shore of Long Island where he was a Deputy County Attorney for Nassau County. He was involved in many community organizations and progressive causes. In 1971 he opened his legal practice in Massapequa Park. In the late 1980’s he began wintering in Boynton Beach with his second wife Blossom z”l. Upon retiring they moved to Florida full time where he became a volunteer at the Morikami School. He was a beloved presence there for over a decade. He kept active in community activities at Lakeridge Greens and then Discovery Village. Until the pandemic he used the pool every day. He is survived by his son Seth Bornstein and Diane Loughran; daughter Edria Parks and Keith Nielsen; grandchildren Kayla and David Cooper, Tyler Parks, Daniel and Erin Parks, Kerry Bornstein and Max Larson, and Madeline Bornstein; great-granddaughters Brooke, Emma and Tessa; brothers Leonard and Eddie; and nephews and nieces: Eric and Sue Bornstein and children Jesse and Stephanie children Lucy, James; Rachel and Don children Ben, Maya, Mylee; Steven and Valerie Bornstein and son Chris; Ken and Edna Bornstein and sons Shane and Daniel; David and Terri children James and Erin children Noah, Asher; Aimee and Jon children Annabelle, Abby; Allen and Xuna Bornstein and children Jacqueline and Michael; Gail and Richie Terry and children Eric and Kaylee Mobigla children Sawyer, Charlie; Kimberly Ybarra and Ivan Granados, children Milana, Emilee; Kurt Ybarra and Tiffany Chaffe, children Audrey, Lily; Kamron; Debbie and Carl Nicolosi children Anthony, Julia, Carly; Richard and Patty Moed and son Alex; Linda and Stephen Nussbaum and children Craig and Jill children Ethan, Morgan; Lori and Randall LaBine children Jacob, Andrew; Alyson and Jim McCormack and children Sam and Tracy and Kyle; Brooke and Patrick children Mikayla, Shane; Beth and Michael Kehoe, Caroline; and his friend and companion Estelle Bendersky. Graveside Services will be held, Tuesday, 2:30PM, at Eternal Light Memorial Gardens, Boynton Beach, FL. Contributions in his memory may be made to the following organizations: IGHL - Eastport Manor - https://www.ighl.org/donate-now ; Children’s Orchestra Society https://www.childrensorch.org/donate; or Morikami School https://app.memberhub.gives/mrb Arrangements by BETH ISRAEL MEMORIAL CHAPEL, 11115 Jog Road, Boynton Beach, Florida 33347.

The family of JACK I BORNSTEIN created this Life Tributes page to make it easy to share your memories.

Send flowers to the BORNSTEIN family.