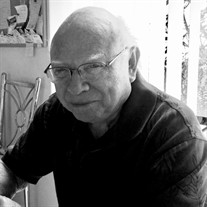 Jack Friedman, 95, Boynton Beach, Florida formally of Ellenville, New York passed away peacefully on November 10, 2021. Devoted husband and best friend to Irene of 72 years. Loving father to William (Yumi), Caren (Robert) and Lynn (Glenn). Proud grandfather to Elliot, Sarah, Jonathan, Na’amana, Eric , Joshua , Jordan, Alison, Max and his five great grand children, Se’phira,Vidya, Viraga, Russell and Silvestre Jack Born on the lower Eastside of New York City and August 20, 1926,Jack did whatever it took to take care of his parents and his two sisters, Thelma and Katie. As a teenager, the Friedman family moved to Woodbridge , New York where he graduated in 1944, with a class at eight students. Soon after, Jack enlisted in the US Army to serve in World War II. Upon his honorable discharge from the military, he move back to the Catskills and met his beautiful bride, Irene. There they raised their family. “Jack” of all trades was able to fix anything, build anything, and he invented many things. Jack was extremely artistic and proudly displayed his work throughout his home. He gave a good tour! Jack mostly loved being outside. He always had a beautiful garden. He approached everything and everyone with a positive attitude and smile. He will truly be missed by his family and friends. Chapel services will be held 11:00AM, Sunday November 14h, 2021 at Beth Israel Memorial Chapel, 11115 Jog Road, Boynton Beach Florida, 33437 followed by entombment services at Eternal Light Memorial Gardens, 11520 State Road 7, Boynton Beach Florida 33473. Those wishing to honor Jack with a memorial contribution can consider a Charity of Choice.

The family of Jack Friedman created this Life Tributes page to make it easy to share your memories.