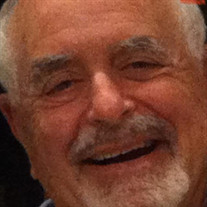 Morris Rich was born in Sioux City, Iowa on September 25, 1930. Morey was the youngest of Abe and Sarah Rich&#8217;s six children. After high school, Morey enlisted in the Air Force National Guard during the Korean war. Prior to being sent overseas... View Obituary & Service Information

The family of Morris Rich created this Life Tributes page to make it easy to share your memories.