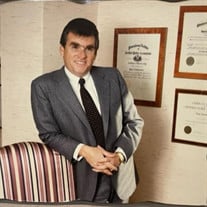 Paul Zelenkofske On the morning of June 7, 2022, Paul passed away in Boca Raton Florida. Paul was 85 years old. Paul was the youngest of four children of Abraham and Sarah Zelenkofske (née Zayon). Paul was proceeded in death by 3 siblings, Frances Morganstein, Max.Zelenkofske, and Zelda Silverstein. Paul was raised on the “mean streets” of South Philadelphia as a first generation American and was the first in his family to attend college graduating with a degree in Accounting from the Wharton School of Business at the University of Pennsylvania. He started his own accounting practice which grew to be Zelenkofske, Axelrod and Company, the largest independent accounting firm in the Philadelphia area at the time of his retirement in 1994. Following his retirement, Paul served as the Chairman of the Delaware River Port Authority and the ports of Philadelphia and Camden waterfront under the appointment of governor Tom Ridge. He also served on the board of directors of Temple University and London Life Insurance company. Paul had many charitable endeavors including the founding of the Small Miracles Golf Tournament supporting the pediatric neonatal intensive care unit at Albert Einstein Hospital in Philadelphia. He also served on the board of numerous other Philadelphia and Florida based charities including but not limited to Fight for Sight of Greater Philadelphia, Boys Town of Jerusalem, and various committees of the Federation of the Jewish Agencies. Paul’s endeavors also led to a scholarship in accounting at Florida Atlantic University.. As an avid golfer Paul was a long time member of Philmont, Squires and Woodfield Country Clubs serving as President of Philmont Country Club in Huntington Valley, Pa and as inaugural President of Woodfield Country Club in Boca Raton Florida. Paul loved football and attended Philadelphia Eagles games for years owning season tickets for 50 years. Paul’s greatest joy was his family and is survived by his wife Sonya (Sunnie née Schmukler), his son Dr. Steven and wife Dr. Leslie (née Cormier), son Andrew and belated wife Linda (née McNally), daughter Stacey Shavell and husband Richard along with 8 grandchildren Michael Zelenkofske (wife Catherine), Alexander (AJ) Shavell (wife Kimia), Eric Zelenkofske, Samantha Shavell, Jacob Zelenkofske, Aaron Zelenkofske, Daniel Zelenkofske and Derek Shavell. Services will be private and the family will be receiving visitors Saturday June 11, 2022 from 2:00 to 6:30 PM at 6514 NW 39th Terrace Boca Raton Florida. In lieu of flowers the family requests donations be made to the Paul Zelenkofske Accounting Scholarship at Florida Atlantic University, 777 Glades Road, Administrator Building Room 339 Boca Raton Florida 33431.

Paul Zelenkofske On the morning of June 7, 2022, Paul passed away in Boca Raton Florida. Paul was 85 years old. Paul was the youngest of four children of Abraham and Sarah Zelenkofske (née Zayon). Paul was proceeded in death by 3 siblings,... View Obituary & Service Information

The family of Paul Zelenkofske created this Life Tributes page to make it easy to share your memories.

Send flowers to the Zelenkofske family.