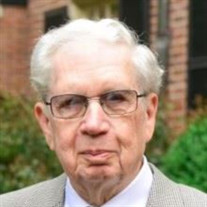 Warren Katz, a home builder who was a key figure in the development of Reston, Virginia, for three decades starting in the 1970s, died Nov. 5 in Boynton Beach, Fla. He was 86. Katz’s companies -- Multi-Con Inc. (which he named for the initials of his children), Felix Construction and Wrenn Associates -- built clusters of single-family homes and townhouses in Reston as the suburb of Washington was growing into a tech and government contracting hub. Developments such as Hemingway, a cluster of three- and four-bedroom homes built in the early to mid-1990s in North Reston; and Solaridge, 35 passive solar patio homes constructed in 1983, were characterized by individual features that made each unit different from each other. Though most of Katz’s work was residential, his non-housing construction included Reston’s first emergency medical center in 1977. Katz, however, received more attention for his custom-home building. The Design House, conceived before Reston’s Lake Thoreau had a name or water, was built in coordination with the American Wood Council and designed with modernist architect Hugh Newell Jacobsen. The contemporary white house, jutting out into the lake, hosted 50,000 visitors as a model over four months in 1978 before Katz, his wife Evelyn and four children moved in late that year. (Unfortunately for the family, curious visitors would often appear on the deck unaware that the house was no longer a model. In 1984, Katz built what House Beautiful billed as “Best Small House ‘84” in Reston’s North Point Village. The home, which the magazine described as 1,500 square feet “packed with luxuries and space,” reflected Katz’s obsession with marrying style and function. He frequently expressed frustration with architectural designs that he viewed as incompatible with everyday life, such as kitchens that aren’t convenient for someone walking into the house with both arms filled with groceries. Katz’s prominence in Northern Virginia led to the creation of a side construction business in the mid-1970s with then-Washington football stars Mark Mosely and Eddie Brown. The company was called Kaskins. His reputation continues to sell houses that he built more than a quarter-century ago. “Warren Katz, the builder, was one of Reston's best who took incredible pride in the workmanship, quality and uniqueness of his designs,” read the online ad for a Katz home that sold last year for $1,050,000. “His personal offices were onsite and he was a constant presence in the community for years.” Hemingway Cluster boasts on its website that Katz’s Wrenn Associates was “one of the area’s most celebrated builders of premium housing communities.” A 2001 Washington Times article noted: "Many residents of Reston recognize the name Warren Katz, architect and builder of some of Reston's finest contemporary homes. Signature Katz elements include soaring cathedral ceilings; skylights and oversized picture windows to flood the home with light; built-in drawers and shelves in every possible corner; and a reverence for the wise use of open floor plans." Warren Katz was born in Brooklyn, N.Y., on March 14, 1935, the only child of Eastern European immigrants Philip Katz, a garment worker, and Celia Holtz, a homemaker. He grew up playing stickball in the dirt road in front of his small home in Brighton Beach, which housed boarders and relatives including his grandparents, and had chickens scrabbling out back. For years he slept on a couch to make room. He was a passionate Brooklyn Dodgers fan until their move to Los Angeles in 1957. A first-generation university student, Katz received a civil engineering degree from City College of New York in 1958. After graduation he went to work for the Federal Aviation Administration, installing runway and approach lighting, plus radar and air-support systems across the U.S. He soon started his own business, landing his first job with the then-new Dulles International Airport, which opened in 1962. That experience led to an appreciation for the Northern Virginia countryside and coincided with the early days of Reston, a planned community founded in 1964. After a period of frequent commuting between his home in Long Island, N.Y., and Virginia, Katz moved his family to Reston in 1971. While keeping a home there until his death, Katz in his later years spent more time in South Florida, where he and Evelyn lived first in Boca Raton and then in Boynton Beach. He was an avid tennis player who continued to hit into his 80s. In addition to the former Evelyn Gottlieb, his wife of 59 years, Katz’s survivors include four children, Ian Katz and Cheryl Anders of Herndon, Va., Mark Katz of Carrboro, N.C., and Michael Katz of Brooklyn, N.Y.; daughters-in-law Maria Jose Andreotta and Beth Jakub, son-in-law Randall Anders; and five grandchildren, Jake, Philip, Emily, Caroline and Anna.

Warren Katz, a home builder who was a key figure in the development of Reston, Virginia, for three decades starting in the 1970s, died Nov. 5 in Boynton Beach, Fla. He was 86. Katz&#8217;s companies -- Multi-Con Inc. (which he named for the... View Obituary & Service Information

The family of Warren Katz created this Life Tributes page to make it easy to share your memories.

Warren Katz, a home builder who was a key figure in the development...